Our story begins back in 1982, when John Perrin made the decision to leave the Lands and Survey Department, where he had been settling families onto new farms in the Whakapapa and Wharere land blocks, and start a business for himself.

With a nucleus of only three clients, including Ngāti Whakaue Tribal Lands Inc and the Kokako Trust, the firm that was to eventually become Perrin Ag came into being.

In 2001, after almost two decades of partnership as Perrin & Whyte, John again found himself starting over by himself, this time as Perrin Ag Consultants Ltd.  By 2003, Trudy Laan, not long having moved to Rotorua, joined John in the firm as his partner and business started to grow.  In 2006 they were joined by Lee Matheson, an investment banker from Wellington, who became the third partner in 2008.

The firm continued to grow, albeit slowly, around a core client base of four Māori Trusts and Incorporations, a number of large farm development projects and regular offshore advisory work. The 2008 global financial crisis resulted in the need for a new service offering, business recovery, and by 2011, the firm needed a bigger team.

By the time Duncan Walker joined Perrin Ag in 2011, the firm’s farm management portfolio had expanded to six businesses (with 12 properties) and a new challenge was appearing over the horizon – farming’s environmental footprint.

From 2013, the firm started to grow rapidly, with four new people joining the team over the following two years and Duncan becoming a shareholder in the business in 2014.  Leighton Parker arrived in Rotorua in 2016 as the 11th member of the Perrin Ag team and became its fifth shareholder in 2018.

Today, Perrin Ag, operates out of its Rotorua head office and Palmerston North hub with 18 people and clients across New Zealand.  While farm management services still provides a cornerstone of the firm’s work, with 26 properties from Culverden to Pukehina, the business now has a significant family farm client base and works with businesses across the food value chain. 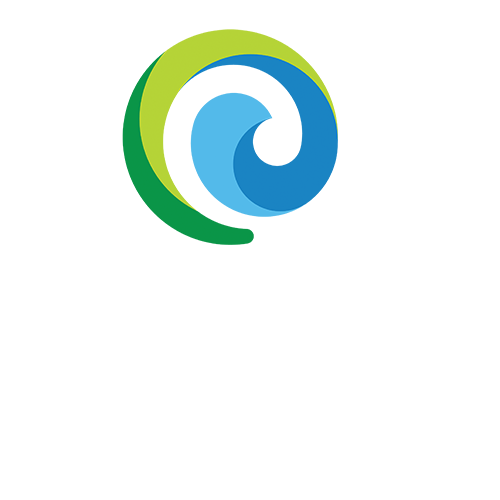 Our tohu, or logo, represents our deep connection to the place our business started, Rotorua. Updated in 2019, this logo design also references the original logo created by company founder John Perrin.

The land circles around the outside of the icon, the dark green of our forests and the light green of our pastures.  The water sits in the centre like our lake, Rotorua-nui-a Kahumatamoemoe, fed by the dark blue waters of the underground aquifers and the light blue water from the sky. The heart of the tohu, between all the colours, represents Mokoia, the island in the centre of Rotorua.

The koru motif portrays the new beginnings, growth and regeneration that come when we hold true to our values and use our land and water resources responsibly.