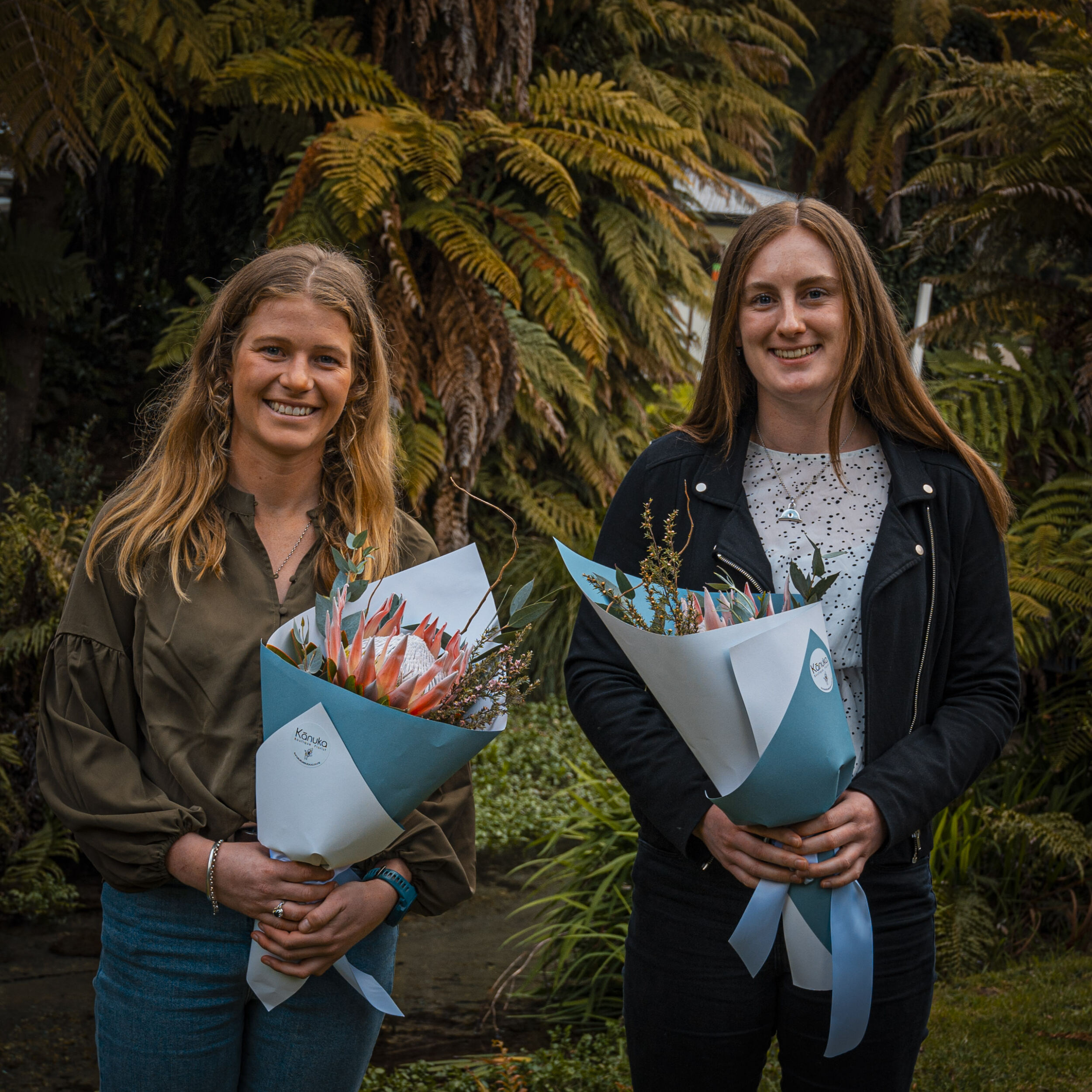 The John Perrin Scholarship recipients Ashleigh van Uffelen (pictured right, Palmerston North) and Abbey Dowd (pictured left, South Waikato) are proof you don’t need to be born and bred on a farm to have a passion for the industry and dreams of shaping its future.

The pair are both in their final year of a Bachelor of Agricultural Science at Lincoln University, completing their Honours projects. They have each received $2,000 from Perrin Ag to put towards the final year of studies.

Perrin Ag Directors John Perrin and Trudy Laan were impressed by Ashleigh and Abbey’s passion for New Zealand’s primary industries and their drive to support its farmers.

“It’s exciting to see young people coming into the industry with real enthusiasm for supporting our primary sector, particularly young women who were not born and bred on a farm,” says Trudy.

“As well as demonstrating exceptional academic performance, both Ashleigh and Abbey model the very values our firm embodies and are heavily involved in sports, community groups and clubs.”

Ashleigh grew up in urban Palmerston North but worked on nearby farms during her high school years. During this time, she discovered a passion for supporting farmers to navigate environmental changes and help bridge the gap between rural and urban New Zealand.

“As I approached the end of high school, I became aware of the significant future challenges farmers were expected to face, particularly in the area of environmental management, public perception and changing consumer demands. This inspired me to study a combination of agricultural science and environmental management at Lincoln University.”

She hopes her findings will help inform policymakers when directing land-use decisions with an understanding of how environmental regulation interacts with factors in a farm system.

“I’ve always been interested in bridging that gap between rural and urban communities and this project is also part of facilitating that conversation.”

John says Ashleigh’s commitment, drive and achievements made her an obvious choice.

“She has a good understanding of the environmental issues farmers are facing and a strong commitment to her social responsibilities. That’s an essential balance for an aspiring agribusiness professional.”

Abbey grew up surrounded by dairy farms in a close-knit community in the South Waikato. She saw first-hand how local farmers supported her community, which is what inspired her to study at Lincoln.

“Growing up in a rural community I have always been impressed by how much local farmers contribute to the community,” she says.

“They were always there to lend a hand, whether it be coaching the local rugby team or organising community fundraisers. I wanted to help give back to the industry and play my part in helping our primary sector continue to produce quality food in a sustainable way.”

“Growing up I didn’t live on a farm, but I always knew I wanted to work in the farming sector,” says Abbey. “I wanted a role where there was a balance between working on and off farm and where I could support farmers to get the best out of their businesses.”

Trudy says Abbey is a well-organised, driven, high achieving young woman with a good understanding of the challenges that New Zealand agriculture is going to encounter in the future.

“We are excited about the contribution both she and Ashleigh will make to the future of our primary industries in New Zealand.”

The John Perrin Scholarship is one of two awards Perrin Ag offers each year to promising individuals to continue (2nd year or later) agriculture and horticulture science studies at undergraduate, post-graduate diploma or Honours level at either Lincoln, Massey or Waikato Universities.

Named after the founder and current Chairman of the company, this scholarship recognises the qualities John has brought to his clients and colleagues for so many years – passion, dedication, the pursuit of excellence and the desire to make a positive impact on our communities.